I can’t decide if it is the fun or the challenge of a big project that makes them become slightly obsessional. Whatever, it is fascinating to watch the work progress.

Progress in the Barn

The large rather time-worn barn is actually a huge exciting space. Each stage of the work shows off something new. The cladding is coming off at the moment, bringing into the light features that have been hidden away. This picture shows the many supports, added in Edwardian times, to a much older post which had started life as a floor joust. There has been plenty of worm and rot, so it is a good thing we are doing all this work. Tomorrow, the roof tiles are coming off. I am sure that will offer its own surprises. 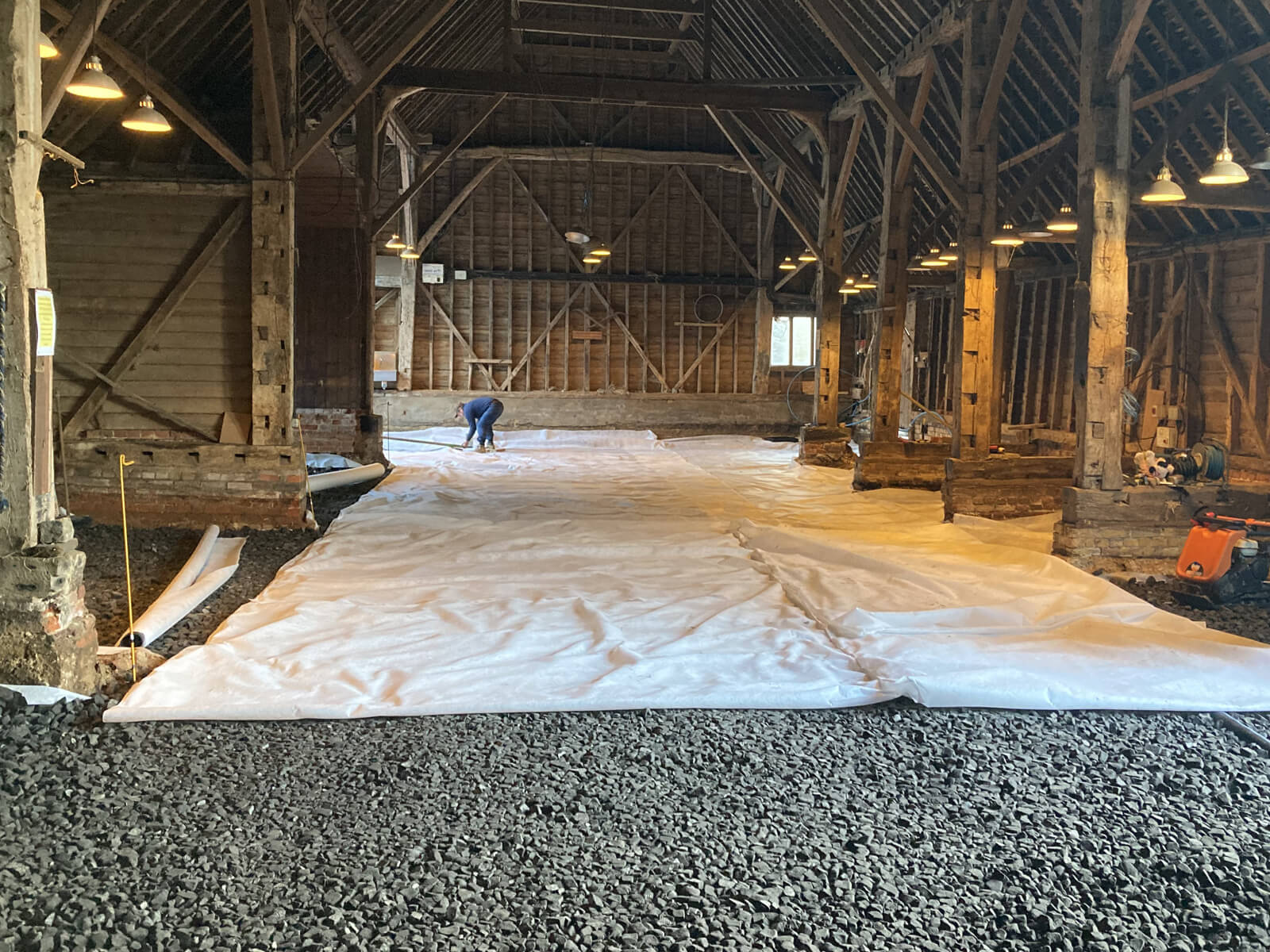 Glass Foam Insulation over which the Limecrete is laid.

Newly laid underfloor heating on top of the LImecrete and the cladding missing from the far end.

A Trip to BrigHouse, Yorkshire

We had a really interesting trip up to Yorkshire to inspect the quarry that is producing the stone for the finished floor. We set off just after the snow had fallen and I was beginning to wonder if we would see anything useful. How wrong I was. I will look at York Paving in a new and very impressed way. Despite the rather gloomy picture, if you look carefully, two men are splitting stone by hand. It has come out of the quarry in the background. Our order is placed and the first batch is due by the end of the month. 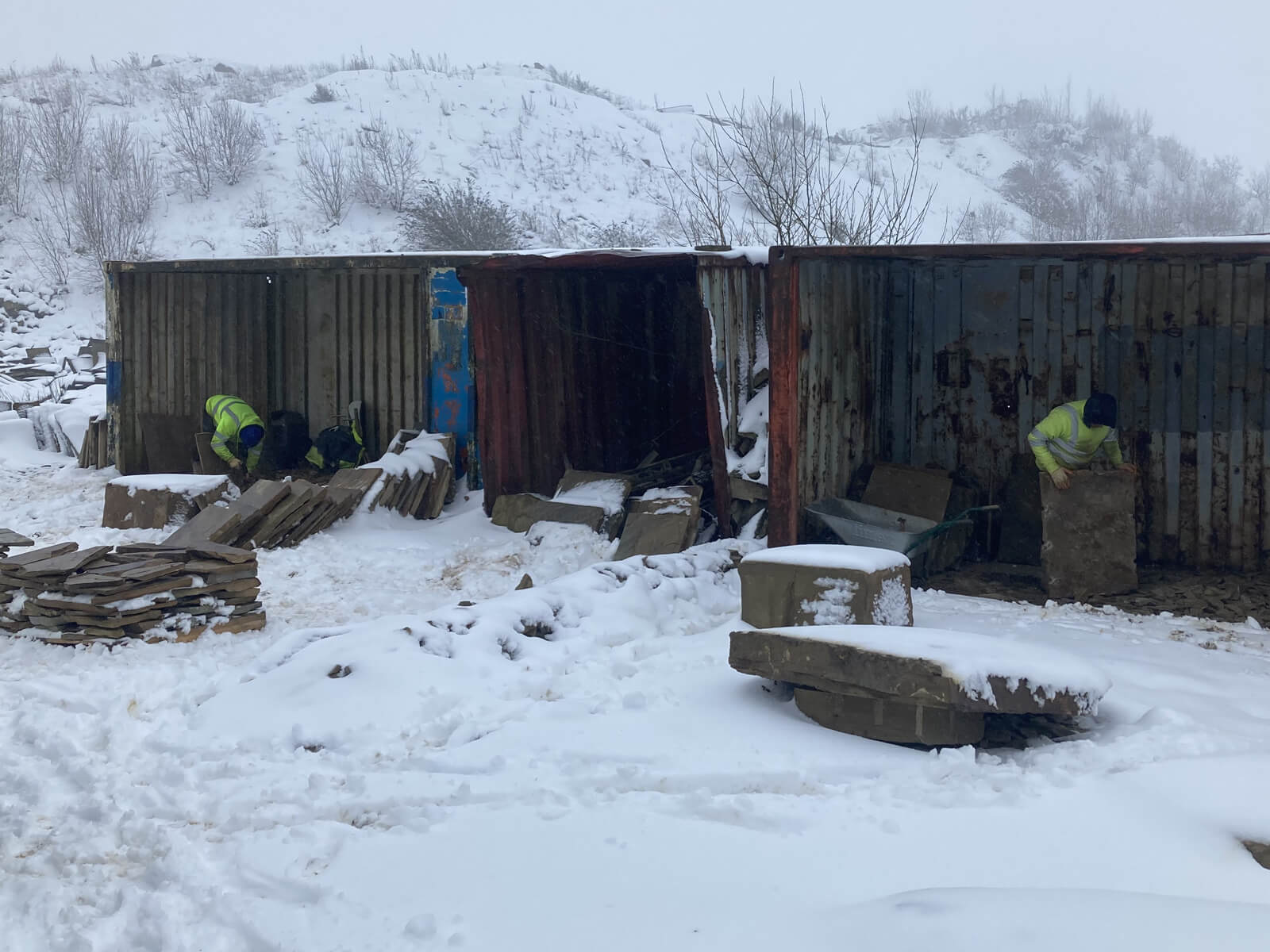 Work at the York Stone Quarry

Preparing for the Summer

It is such a relief to have been given an outline for the lifting of Lockdown. Assuming all will go according to plan, we will spend the next few weeks preparing the Glamour Camping site ready for our first guest on 12th April. This is never quite as simple as it sounds, as nature has a way of easing itself in places most unexpected. However by then we should have coax the livestock and branches out of the tents and will have the place spick and span.

Layer Marney Tower will not open until Wednesday 19th May. We are sorry it is so far into the season because, for the second year in a row, you will miss the wonderful bed of Tulips. There are all sorts of events planned for later in the year. These include a play, a Red Cross Charity day and the Village Fete which (currently) is being planned for the Bank Holiday Monday 30th August. We will be putting up the details in the website and lots of chatter on Social media nearer the time.

Our new website is launching in April, hopefully, which will allow you to buy tickets online. Not only will it be able to sell you a ticket for a tour or event, but it will also allow you to buy tickets to visit and a guidebook and a cream tea, all in one go. I know that for many this is old hat, but for us, it is a huge step forward. Hello, 21st century.

Snowdrops and the Barn

February has rushed upon so quickly and the news in the last blog seems a long way away. There were no snowdrops in sight then! 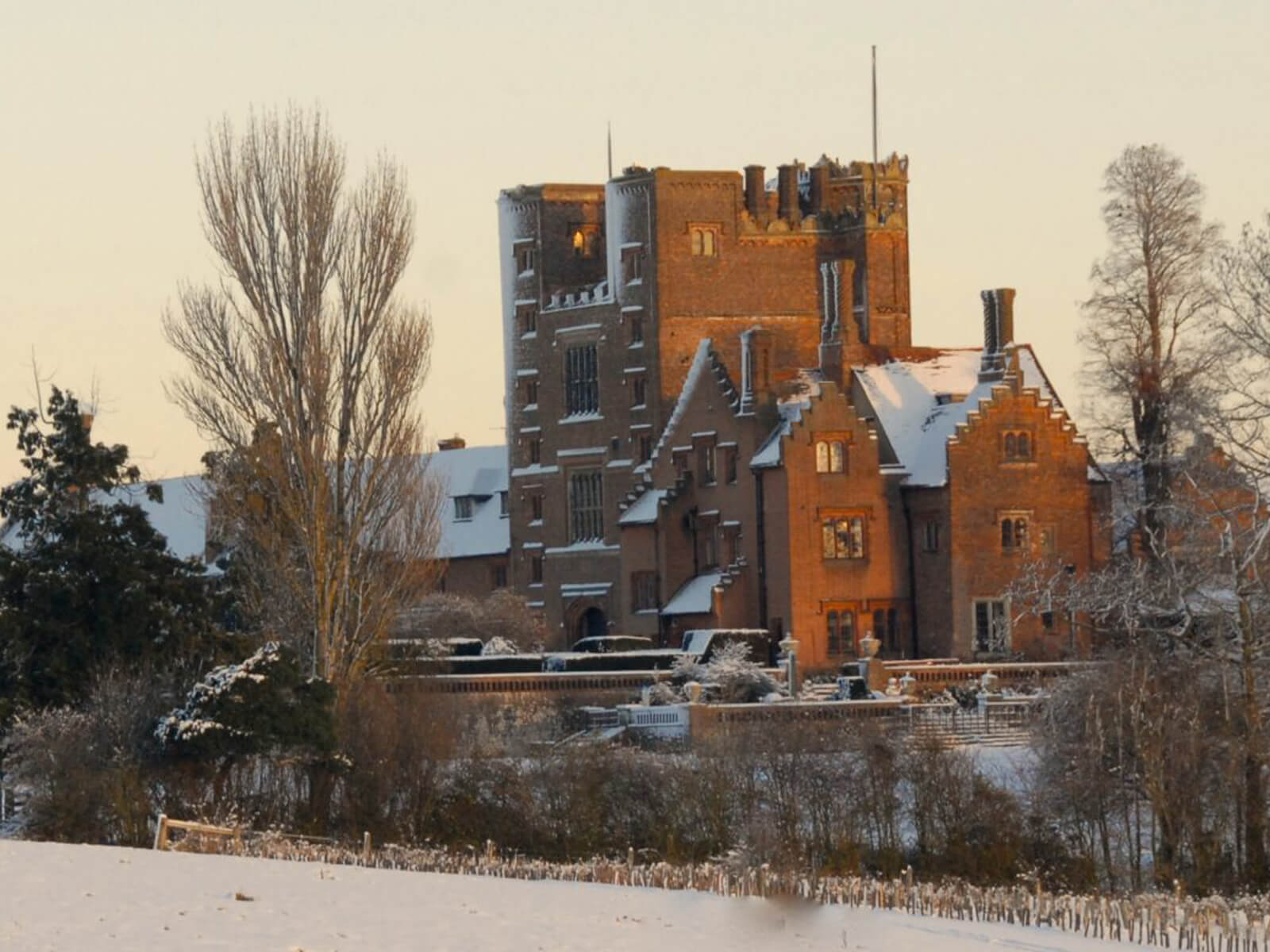