Celebration of Music and Song 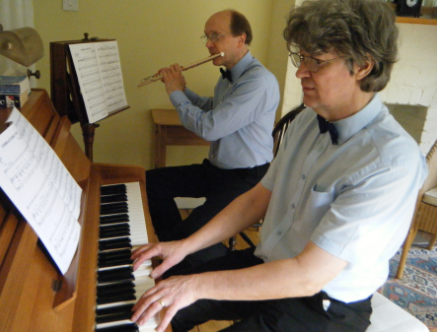 Flute and Piano Duo – Andrew Reynolds – piano and Roger Slade – flute.     After Hull University Andrew began teaching music in north London schools.  He now runs a barn-dance band, a church band and teaches the piano privately.  Roger studied the flute as a part-time student at the Guildhall School of Music and Drama in London and has played principal flute in many local and London based amateur orchestras.  He now plays in several chamber music groups. They have been playing music together since school days and will be playing mostly well known pieces from the world of films, stage and Broadway plus a few jazz ‘standards’.

The Recorder Consort is made up of Annette Gentleman,  Felicity Squire and Liz Alexander. They are part of the Suffolk based Recorder Orchestra EROS. The will play a selection of Music from Tudor times onwards.

Gaudeamus is a chamber choir of about 28 voices, based in Leigh-on-Sea, Essex.  Since founded in 1988 theyhave grown from strength to strength and have developed a reputation as one of the elite choirs of Essex.  They sing a wide range of music, from the middle ages to the present day, unaccompanied and accompanied by piano, organ or orchestra, and particularly noted for their unaccompanied a cappella singing, be that Byrd, Bach, Stanford, or Cole Porter.

Celebration of Music and Song 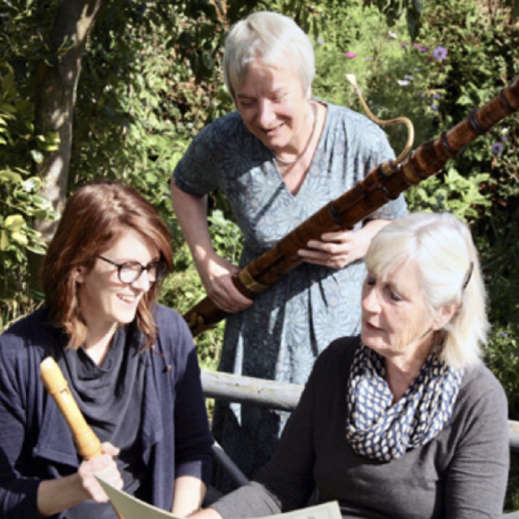