Tymperleys was built around the 1490s for John Tymperleys (d. 1505) who served as a councillor and steward for the Duke of Norfolk’s holdings in Colchester and the surrounding area. Built as a smart town house, reflecting it owner’s importance and then was expanded considerably in the late 16th century. Today it stands in its own walled garden, an oasis of calm in the centre of Colchester.

Nicholas and Sheila Charrington bought Tymperleys from the Council in December 2013. It had been Colchester’s Clock Museum since 1987 but closed in 2010. They refurbished the building and it is now a Restaurant and Tea Room, opening to its first customers in May 2014.

Open 7 days a week, from 10am – 5pm, Tymperleys serves a select, seasonal menu and cakes, cream teas and treats along with delicious coffees and loose leaf teas. There is a fine selection of wines and champagnes supplied by a local wine merchant that can be bought by the glass or the bottle. Much of the food is locally sourced and cooked on site.

Tymperleys is also available for private hire. With picturesque garden and beautiful first floor rooms there is nothing quite like it anywhere else in Colchester. 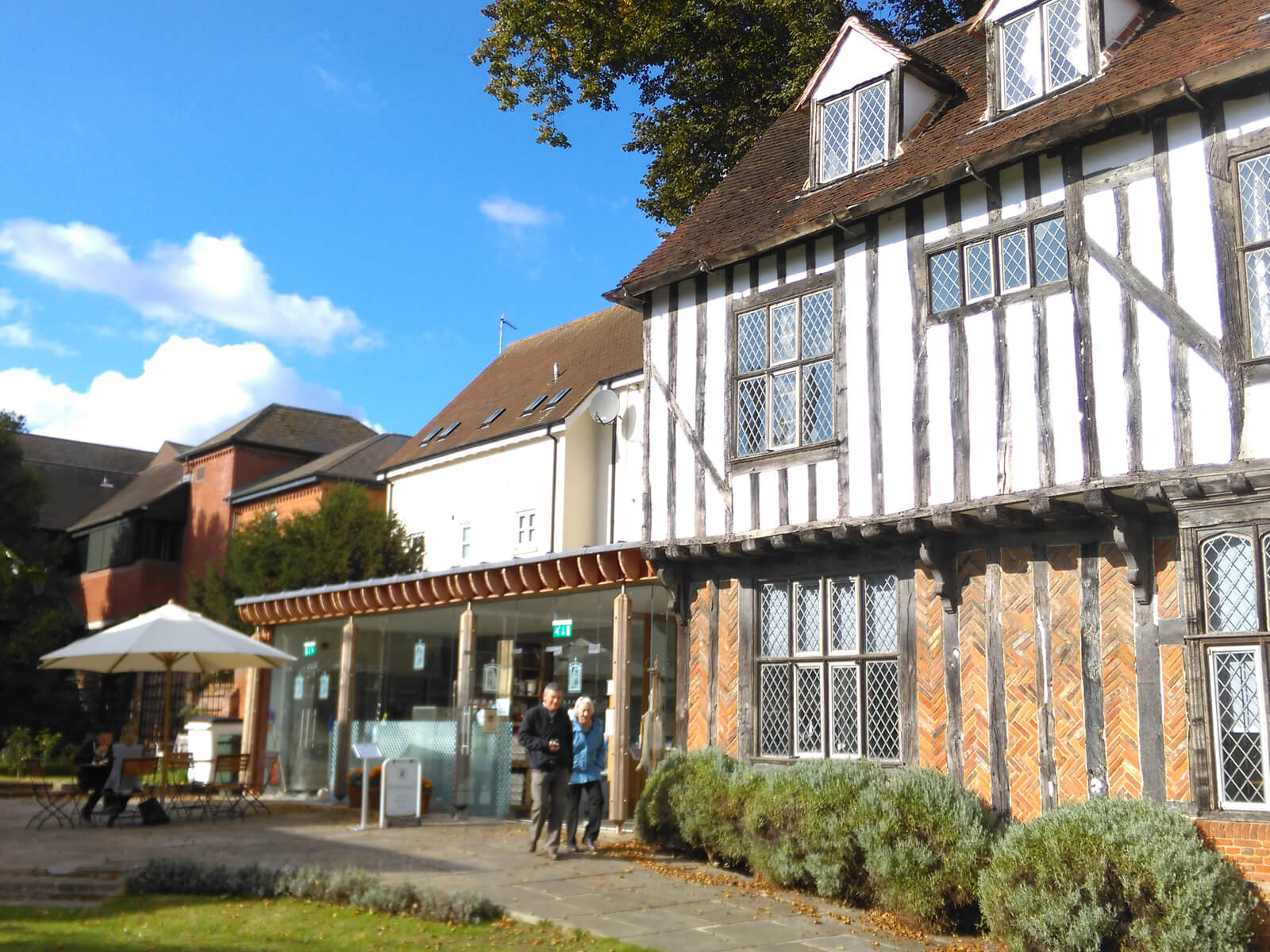 Tymperleys can be hired daytime or evening. It is possible to take the whole place over for an exclusive event or there are various rooms upstairs available for exclusive use and the garden is closed to the public from 5pm onwards. Our chef can prepare something special for you or you can work with our normal menu. Tymperleys is famous for its Afternoon Tea .

The building, started in the 1490s, derives its name from John Tymperleys (d.1505) who served as a councillor and steward of the Duke of Norfolk’s holdings in Colchester and the surrounding area. Built as a town house, reflecting it owner’s importance. It was expanded considerably in the late 16th century by William Gilberd, physician to Elizabeth I. He is the scientist who coined the term ‘electricity’ and wrote the famous thesis ‘De Magnete’.

An exterior staircase was added in the 1680s to the substantial house. Over time it has been split up into multiple residences although old doorways, now filled in, can still be seen. It was re faced, reorganised and altered over the centuries but brought to its current look by Bernard Mason in the late 1950s. Bernard Mason was a local Colchester businessman and philanthropist who collected an amasing array of Colchester-made clocks and watches dating from 1640 onwards. He bequeathed this collection and the house to the people of Colchester and in 1987 it opened as the Tymperleys Clock Museum.